After a cold winter, what could be nicer than enjoying the frist flowers and spring sun rays in your garden or balcony in a rocking lounge….alone or for two.

We designed it especially for people who are a bit « taller » (170-195cm). This doesn’t mean that our awesome rocking chair is not good enough for everyone else, it is still comfortable but you might not rock as well as someone taller. More importantly is the quality of the wood.

We let the wood cut locally in the Swiss Alps at moonlight. This isn’t a joke! 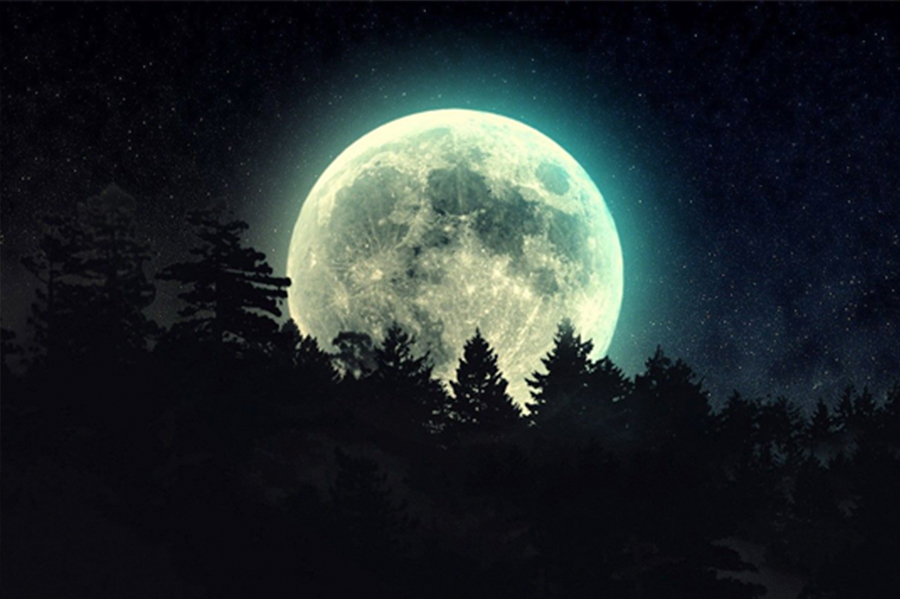 The moon has long been associated with magic, folklore, ancient rituals and superstitions. Observing its cycles is a tradition as old as man himself. All manner of behavior has been blamed on the moon and the way it stirs up our passions and emotions. It was once thought that sleeping in direct moonlight would cause a person to go mad, hence the word « lunatic, » which is derived from the word « luna » (or moon) and literally translates as « moon-sick. » Like a colossal crystal ball, the moon has been consulted for everything from the best time to conceive a child, to the ideal time to cut corns from the feet so they don’t grow back, to the optimal period for castrating livestock so there’s less bleeding, to when best to harvest wood to craft a guitar that will yield the warmest, fullest notes. You heard right. That indefinable thing we call « mojo » may very well be the moon’s doing.

Wood that is felled in accordance with the lunar cycle is referred to as « full-moon wood. » There are reports that legendary violin maker Antonio Stradivari used only moon wood for Stradivarius instruments, violins that are the most collectible in the world. There are guitar shops in the heart of Europe that specialize in full-moon wood. If you haven’t yet heard of it, chances are you will. There are guitars being sold today that boast « moon harvested spruce » as a selling point. indefinable thing we call « mojo » may very well be the moon’s doing.

The gravitational pull of the moon tugs at everything liquid on the planet, including ocean tides, the sap in plants and trees, and the human body itself, which is between 50-75% water. Lunar rhythms, as well as the cycles of the seasons, are cited in historical writings and record keeping as having an influence on the growth, structures, characteristics, and properties of plants. One of the earliest examples of this comes from Pliny the Elder, the first-century Roman naturalist, who offered farmers suggestions about when best to cut plants based on the different phases of the moon. Pliny advised them to pick their fruit just before or at the full moon if they wanted it to weigh more and be more profitable to sell in the marketplace. But for use in the farmer’s own pantry, he recommended picking fruit during the new moon when it would contain less water and therefore have a longer shelf life.

We insist on cutting wood during the growing moon to ensure that the moisture content is high since the sap is being drawn up into the trunk of the tree, which makes wood easier to steam and bend. And this is how our awesome curves are created. Enjoy springtime! 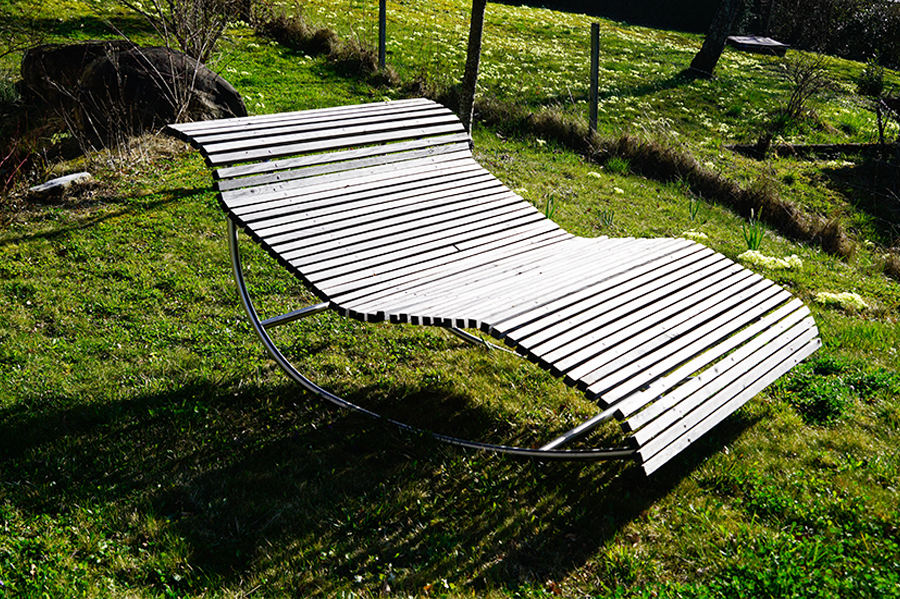 Some notes on aging:

In the photo above left is a new rocking chair, in the right is one which has been out in the garden for 2 years.

Wood naturally turns grey. If you want to keep the color, varnish is needed. We prefer the natural look and also the natural ageing.

A blog on specifically « aging wood » will be posted soon. 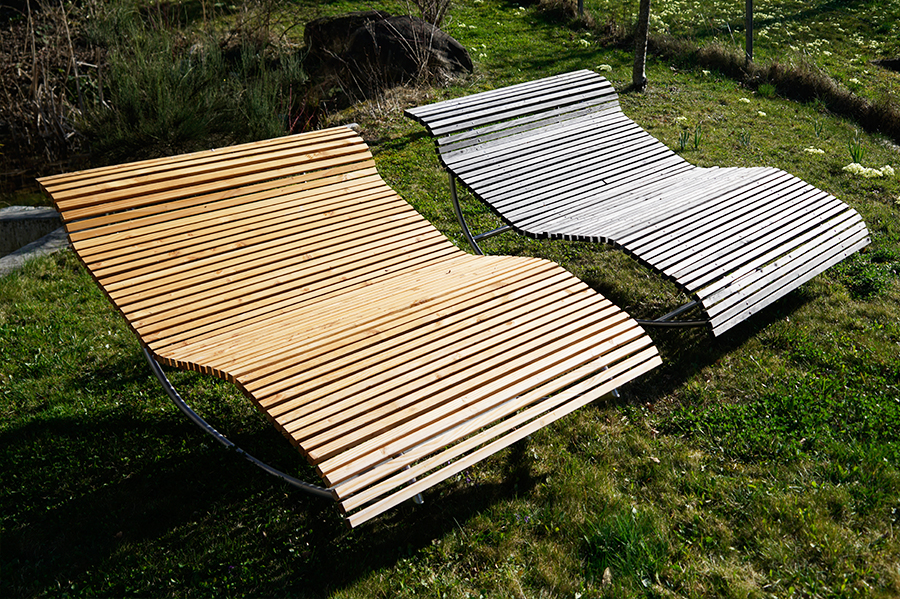 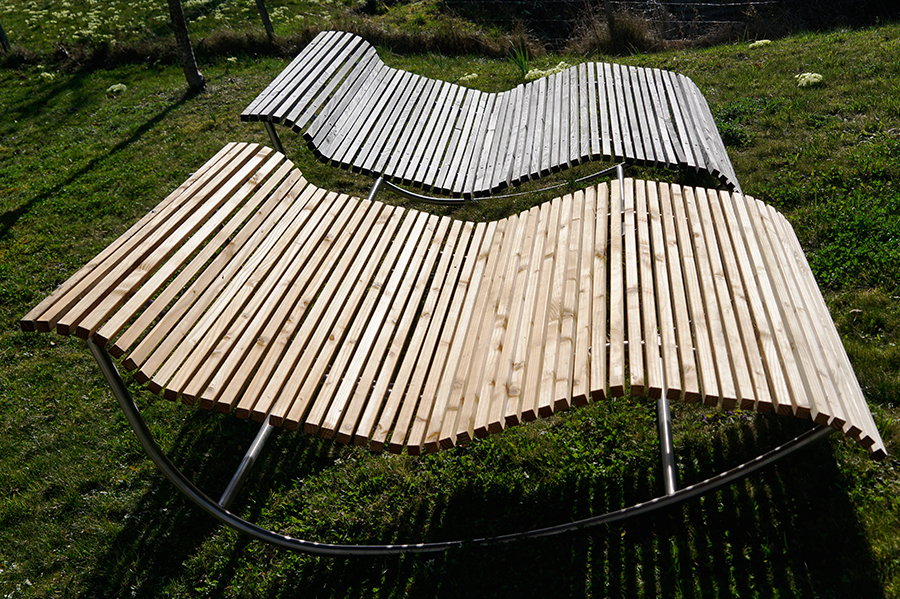 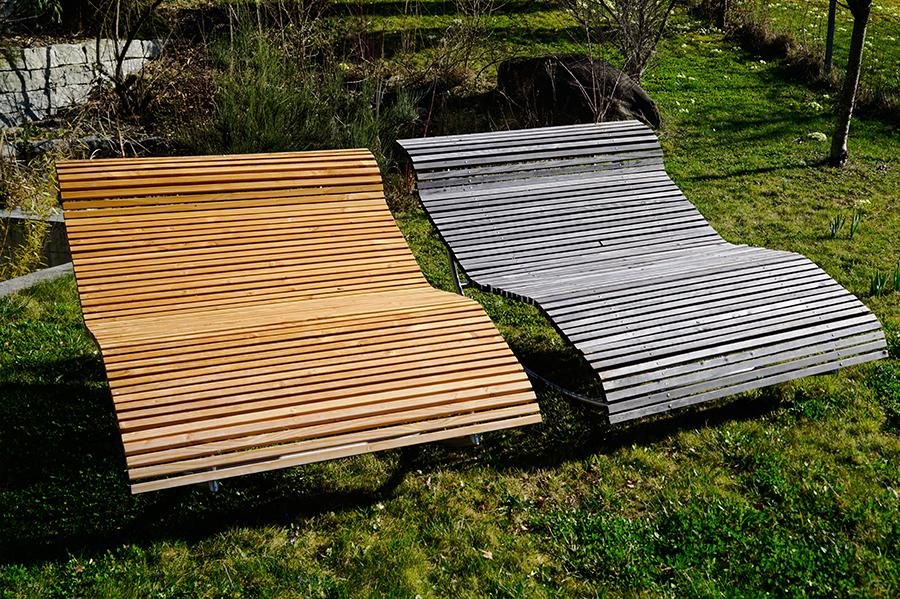 Check our shop for more info and prices: 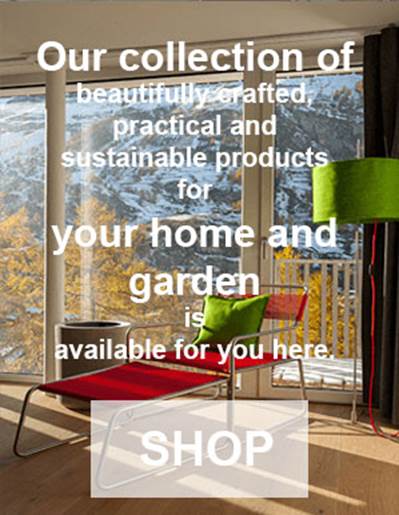